The Co-CEOs will be responsible for the overall strategic and operational development of GFG and work closely with the management teams of GFG’s fully-owned regional businesses Dafiti (Latin America), Lamoda (Russia & CIS), Zalora (South East Asia) and THE ICONIC (Australia and New Zealand), as well as minority-owned Namshi (Middle East).

Under the new leadership, GFG will continue to expand its position as the leading online fashion and sports destination in its markets, strengthen partnerships with international and local brands and further improve customer experience.

“Patrick and Christoph are the perfect fit for the next chapter of GFG,” says GFG’s Chairman Cynthia Gordon. “Patrick has built THE ICONIC, GFG’s business in Australia and New Zealand, into the market leader in the region, increasing revenue by eight times in four years. His deep operational knowledge and leadership track record will be a cornerstone of GFG’s success. Christoph has established a broad understanding of all five regional businesses through his role on the Board of GFG since 2015. Christoph has architected key strategic alliances such as the Ayala / Zalora joint venture in the Philippines and the Emaar Malls / Namshi partnership in the Middle East. Patrick and Christoph have the perfect complementary skill set and experience to translate GFG’s vision and strategy into world-class execution and benchmark customer experience.”

Patrick Schmidt, Co-CEO of GFG, says: “Moving into my new role at GFG is a true privilege and I’m thrilled to be able to continue working with THE ICONIC, as well as the broader GFG team. When I joined THE ICONIC four and a half years ago, what I saw was a company with unlimited growth potential. Today, both Christoph and I see the same potential in GFG. I am deeply humbled by the opportunity to lead GFG with Christoph and look forward to working together. In addition to my new role, I will continue as CEO of THE ICONIC until a successor is named later this year, and its continued success will remain my utmost priority.”

Christoph Barchewitz, Co-CEO of GFG, says: “Through my prior experience at Kinnevik and role on the Board of GFG since its foundation, I’ve seen the tremendous potential GFG’s markets offer. I’m delighted to take on this new responsibility alongside Patrick and look forward to working with the very talented team across GFG’s operations around the world.”

Patrick Schmidt has fifteen years of experience advising, leading and growing businesses. He has led THE ICONIC as CEO since 2013 and has made Australia one of GFG’s key markets. Prior to joining THE ICONIC, Patrick Schmidt founded Groupon Australia and later oversaw Groupon’s Latin American business. He started his career as a strategy consultant at Boston Consulting Group.

Christoph Barchewitz has fourteen years of investing and advisory experience in the TMT sector globally. He joins GFG from Kinnevik AB where he oversaw the ecommerce investment portfolio including Zalando, Global Fashion Group and several other companies as an Investment Director since 2014. Christoph led the creation of GFG in 2014 and served on its Board of Directors since 2015. Prior to Kinnevik, he spent seven years at Goldman Sachs.

Georgi Ganev, Kinnevik’s CEO since January 2018, will join the Board of Directors of GFG. Prior to his role at Kinnevik, Georgi served as CEO of Scandinavian IT product ecommerce business, Dustin, since 2012. He is also serving on the Board of Tele2 and is proposed to become its Chairman in May.

Romain Voog will step down as CEO of GFG after making significant contributions to the company since his appointment in 2015. “We are grateful to Romain for his contribution to GFG since 2015 resulting in significantly improved financial performance. We look forward to working with him during the transition period and wish him well for his future endeavors,” says GFG’s Chairman Cynthia Gordon.

Romain Voog will remain CEO until Patrick Schmidt and Christoph Barchewitz assume their position on 1 February 2018, and will continue with GFG for a transition period thereafter. GLOBAL FASHION GROUP APPOINTS JOHN BAKER TO THE SUPERVISORY BOARD 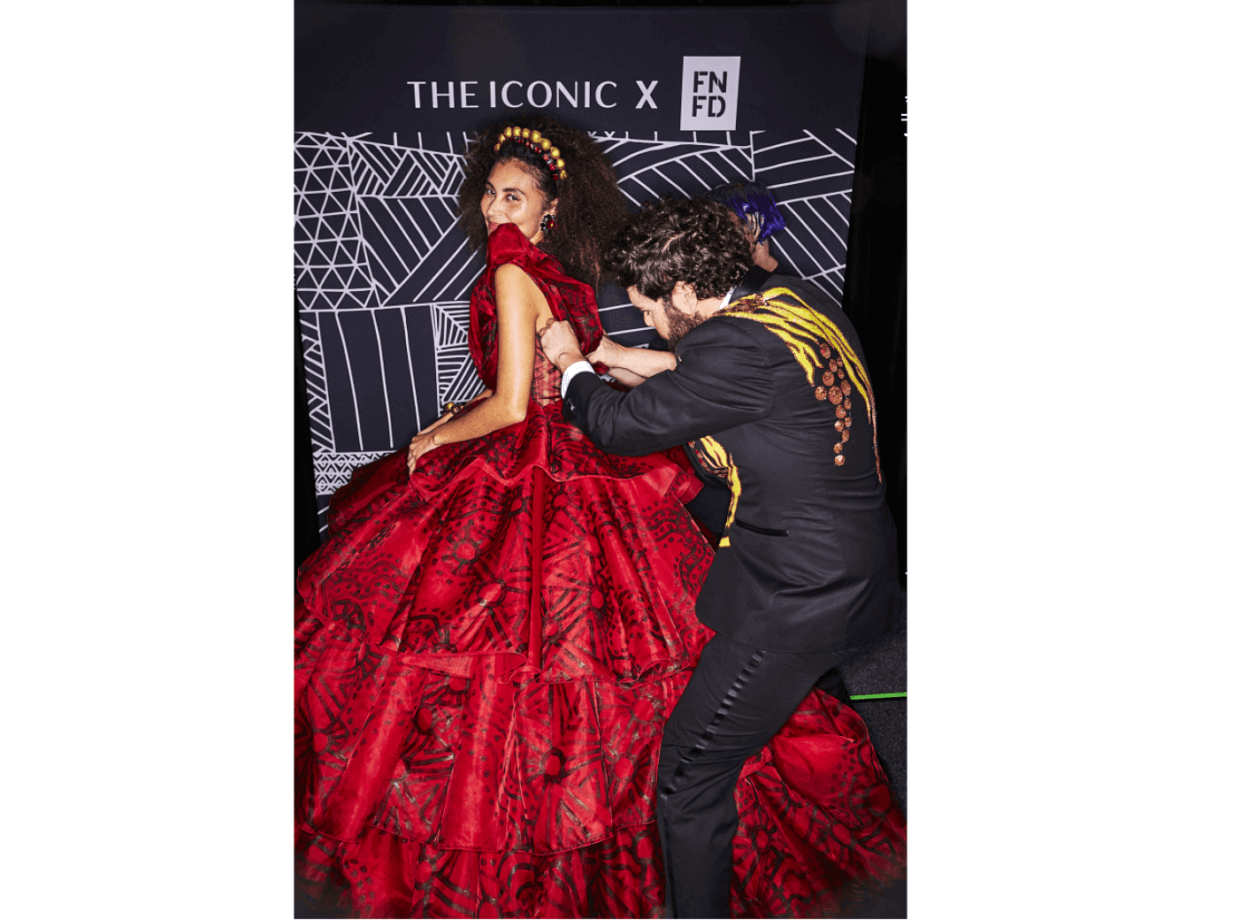 THE ICONIC, in partnership with First Nations Fashion and Design, launches a first-of-its-kind program to foster the next generation of First Nations designers.